The Federal Communications Commission is planning to vote for a proposal on May 15th to scrap Net Neutrality. Instead of all sites being given fair and equal access to consumers, this proposal will allow for your ISP to create special internet speed lanes for ultra-rich corporations, and force their own customers wanting to access your site into an internet traffic jam lane that’s slower. The bonehead responsible for this idiotic and insane proposal is no less than the chairman of the FCC, Tom Wheeler, a cable industry hand-picked lobbyist.

The FCC isn’t doing their job of protecting American consumers, or producers like Neocities users. Perhaps they got a dump truck full of money from the cable corporation lobby, or perhaps they’re too busy surfing Neocities sites. Well either way, it looks like they need some help remembering what their job is.

Since the FCC seems to have no problem with this idea, I’ve (through correspondence) gotten access to the FCC’s internal IP block, and throttled all connections from the FCC to 28.8kbps modem speeds on the Neocities.org front site, and I’m not removing it until the FCC pays us for the bandwidth they’ve been wasting instead of doing their jobs protecting us from the “keep America’s internet slow and expensive forever” lobby. 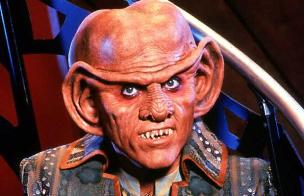 The Ferengi plan is a special FCC-only plan that costs $1000 per year, and removes the 28.8kbps modem throttle to the FCC. We will happily take Credit Cards, Bitcoin, and Dogecoin from crooked FCC executives that probably have plenty of money from bribes on our Donations page (sorry, we don’t accept Latinum yet).

If it bothers you that I’m doing this, I want to point out that everyone is going to be doing crap like this after the FCC rips apart Net Neutrality. It’s time for the web to organize and stand up against these thugs before they ruin everything that the web stands for.

Update 8:19PM PST - want to make your own FCC Ferengi Plan? Here’s the code we’re using on our nginx server.

Read our follow up article: The “fast lane” to Internet civil war